On Friday, DA Rebekah Young was made to answer for video discovery not delivered, potentially exculpatory evidence not turned over, billing sheets confirming allegations of damages still missing, and promises made not kept.

“She still has not turned over the second videotape mentioned in police reports about my client,” charged defense attorney, Alexa Briggs. “And the first tape is exculpatory as it shows my client, Mr. Laurendau leave the building when warned.”

Judge Burdick cancelled the Preliminary hearing on August 20th and ordered Young to show cause why he should not dismiss all charges.

A 9am hearing is scheduled. 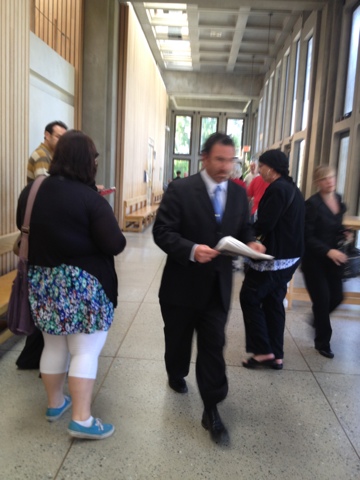