After leveling the Ross Camp, sending its 200-300 residents fleeing into the parks, greenbelt, downtown, and neighborhoods, and fencing off the area, the City is now refusing to sit down and work out compromise settlement terms as suggested by Judge Edward Devila. It apparently prefers to incur more costs.at the expense of its homeless residents. 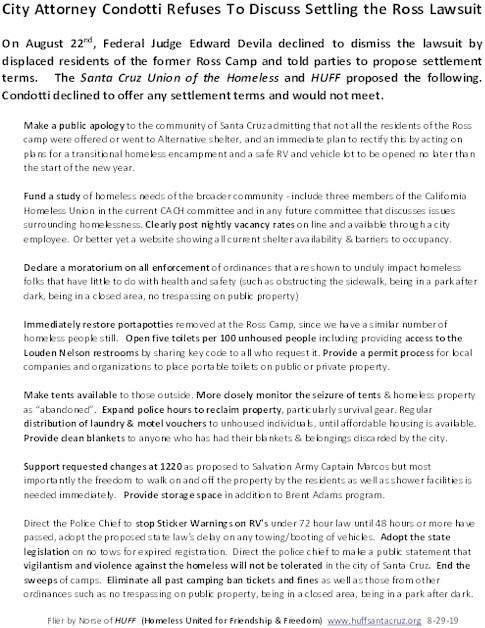 This flyer presents the proposals made and rejected by the City Attorney without any discussion publicly or in open City Council session. And without comment from any Councilmember, including the “Progressive” faction.    City Attorney: Dump, Disperse, and Disappear Those Outside
For more details, to post and read comments, go to https://www.indybay.org/newsitems/2019/08/29/18825795.php .