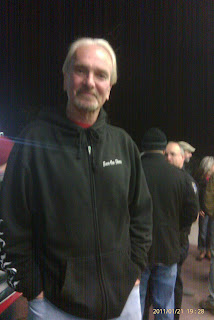 No words can describe the depth of sadness we feel as a community over the recent and shocking murder of Shannon Collins, which took place midday in a Santa Cruz neighborhood. How can we best — while sharing our grief and despite our differences — respond to such a senseless tragedy in ways that reflect the true measure of our community? In solidarity with our neighbors, we are speaking from our heartfelt concern about a generally anti-homeless policy package that now would attach itself to our grief, to our collective fears and to our rightful rage.

At this time when our community is most in need of strong, creative, compassionate leadership, an ad hoc committee of three Santa Cruz City Council members presents a slate of new policies and regulations that echo the fear and anger many in our community share. Taken together, their package affords none of the depth of reason and cooperation we sorely need in this dark hour. These proposals would prove, by turns, to be harmful, impractical and arguably unlawful.

Let’s not make already dicey tensions morph into a greater conflict. Rather, let’s work more closely with our neighbors, all: housed, homeless, transitioning, students, even our guests. Restoring and creating a better community can include every one of us, and we can develop policies that could actually generate greater safety and human dignity — we all, including homeless human beings, deserve this.

We can lead with compassion and hang onto the notion that every human being deserves dignity. We are offering community engagement rather than a widened divide. Civic safety must include everyone. Make no mistake about who we are calling homeless. We have learned through careful studies, professional surveys every other year, and one-to-one interviews, that 67 percent of the people who are homeless on our streets either grew up here, or were formerly established residents in Santa Cruz. Nationally, adult homeless men, both by personal choice and by exclusive policies, are dying 25-35 years prematurely. Working together, we can help change this grim picture, at least locally.

If the city of Santa Cruz needs to suppress needed emergency sheltering for which it shares responsibility, or to divert city funding to manipulate trafficking of homeless people through our city as if they were of a subclass, or even a subspecies, it behooves everyone, including the city attorney, to create a less reactive and way more inclusive approach beforehand.

We feel the agenda of this ad hoc group promises limited safety while ensuring greater fear, an expanded underground economy that will touch us all, and increased criminalization of uprooted folks that will waste even more court, jail and other staffing resources. Collaborating with the county’s mental health resources is already legally required of the city and focused civic leadership is long overdue, as is restoring funds for an existing homeless resource officer within the Santa Cruz Police Department.

“We all know that there are problems with the system, that there is a large transient population in our city, and that Santa Cruz has its issues,” shared Ken Vinson in a courageous public statement right after his wife and best friend was suddenly, tragically, killed. “But I want to be very clear about one thing: none of these things caused this horrific crime. A single individual did. …
“This crime could have occurred in any city in any state across our union. It is an utter, unfathomable tragedy that it occurred here, and to such a beautiful, young woman. But I implore you: Do not blame the system. Do not blame an entire population. And most of all, do not blame Santa Cruz.”
We agree. If we permit our civic leaders to promote greater bigotry and to further scapegoat homeless people, we will again see increased “troll busting.” There are better solutions, many already in the works, more needing community collaborators; community-based solutions which protect everyone’s human dignity and don’t further trample human and civil rights.

Steve Pleich is director of Homeless Persons Legal Assistance Project and Linda Ellen Lemaster facilitates Housing NOW! in Santa Cruz. Both are active in community groups engaged with ending or easing homelessness, including the Interfaith network and Homeless Action Partnership.