Santa Cruz, Ca. — Sunday had been upbeat. Defendants and their supporters met on Seabright Beach for a bonfire and cookout. Anyone strolling down the beach would see what looked like a relaxed, peaceful gathering of beach-goers — as all-American as apple pie. Few would guess it was a gathering of eleven people charged with felonies and their supporters fitting in one beach cookout on the eve of what all hoped would be a long-awaited dismissal of specious charges.

However, Monday morning in Judge Burdick’s court that was not to be.

This wasn’t to be the long postponed preliminary hearing. Burdick had cancelled that on Friday. Instead, assistant DA Rebekah Young appeared in court with DA Jeff Roselle and DA David Sherman. Over the weekend, the three had worked to create an evidence list of 13 videos, over 600 photos, a copy of the lease, and the police reports. They purchased 7 hard drives for the seven lawyers representing the seven remaining defendants, including the author. It must be nice to have an unlimited budget.

Young was also able to deliver via e-mail the billing sheets for damage alleged to be caused by defendants.

One look at them confirmed why Young had dragged her heels on releasing the documentation for the “vandalism.” Billing sheets had outrageous amounts billed with few details as to what services had been rendered totaling over $25,000. And not a single contractor from Santa Cruz County was hired.

Last December, when the SCPD had shut off power and water to the building, protestors had made a make-shift bathroom in a utility closet. The cost to ” remove biohazard” was $6,222.83! The shit heard ’round the world?

Bucher hired a Richmond firm to “detail clean” the property. Protestors report the building was far from pristine when they first entered the building, not having had a tenant for 3 1/2 years, or seen an agent showing it to a potential client in months. The bill? $2,988.00.

She hired a locksmith in Foster City to rekey the building. While protestors used a key to enter the front door, and presumably only had access to the external doors, Bucher opted to have every lock and key replaced in the entire building and at after hours costs totaling $2,430.19.

Despite each and every billing sheet appearing to be padded to the maximum, there was no billing sheet for the graffiti on the air conditioning ducts on the roof of 75 River Street. This is surprising because this was the only damage for which photographic evidence exists. In over 600 police photos turned over to defense attorneys, no other vandalism has been documented.

There are no police photos of any “bio-hazard.” No “broken furniture.” No before and after photos after $2,988.00 worth of cleaning had been completed. No evidence any locks other than those the stolen key fit needed to be replaced. And why did the locksmith ONLY work after midnight?

This is a ridiculously padded account done to foster the claim protestors were out of control vandals rather than concerned activists trying to highlight the waste and blight left in Wells Fargo’s wake for leaving that building empty so long.

Defendants are also being asked to pay for the external fencing which Wells Fargo should have put up before the demonstrators occupied the building.

Why were no local contractors used?Instead Wells Fargo manager, Alicia Bucher contacted and hired contractors from as far away as San Leandro, but not a single Santa Cruz County business benefitted. Bucher herself has an East-bay area code, and no ties to the local community.

Could it be Bucher only used contractors she could manipulate to produce whatever paper-trail she desired? What does that say about Wells Fargo’s integrity generally?

PUNISHMENT PRIOR TO TRIAL

Lawyers, judges, and deputies get paid for what they do. Defendants do not.

“I missed my grandmother’s funeral,” Angel Alcantara revealed. “Her funeral was Friday in Fresno and I had to be here.” How do you put a price on this?

The case grinds on; despite little evidence against those charged and no evidence of vandalism committed by any of the defendants charged,

“What about the sanctity of our rights to free speech, to a fair and speedy trial, to dissent?” queried defendant, Gabriella Ripley-Phipps, shortly after the hearing.

Burdick opted to consider what sanctions he might impose but, apparently persuaded by Roselle announced “Serious crimes were committed. My discretion is not appropriately applied by dismissing these cases.” 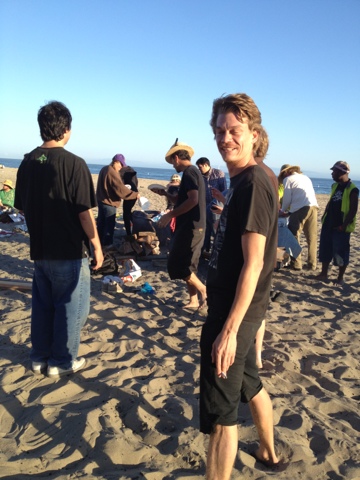