NOTES BY NORSE:   HUFF supports this demonstration of concern (some of us would say “rage”) about the unnecessary slaying of Sean Arlt, author of the book Manifesto of Love, who was shot four times fatally within a period of 20 seconds in spite of a clear “mental health watch” designation which the SCPD was aware of.

HUFF Flyers calling for deep police reform in Santa Cruz are at Video of the Officer Vasquez’s takedown of Richard Hardy in this last incident can be seen at https://www.youtube.com/watch?v=1Tyj3yxwy-o

“I’m’ just amazed that they shot a man with a rake,” said neighbor Larry Millsap.

Sean’s neighbor, Margaret Nelson said “We have to as a society step up and find a way to deal with mentally ill people when they’re out of their minds that doesn’t entail just killing them because they don’t respond.”

The Santa Cruz Police killed a mentally ill residence Sean Smith Arlt on the West Side. A second mentally ill person, John Blinkenberg, took his own life during a stand off with the police and their BearCat Armored Vehicle. This is part of a nationwide crisis where police use deadly force on people of color and the mentally ill. Call on the Santa Cruz Police Department to use a compassionate response for those suffering from mental health issues or forces to live on our streets.

October 22nd No Police Brutality Day started in 1996 in response to a number of high profile murders by the police of people of color and the brutal repression of non-violent protests. 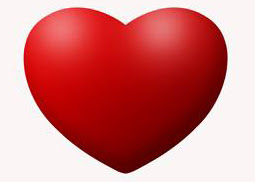