NORSE’S NOTES:   In Seattle, WA, authorities are taking some steps to provide the beginnings of emergency shelter/housing options for those outside–those with vehicles and those without.   In Santa Cruz, police continue to harass homeless with no shelter (See “Santa Cruz Police Target Homeless Sleepers Downtown” at https://www.indybay.org/newsitems/2016/02/17/18783025.php); have instituted an RV nighttime parking permit requirement (excluding homeless people);  and decline to overhaul the long roster of anti-homeless laws the City Council has cooked up over the years.  Merchants with free-standing commercial signs casually block the sidewalk 12-24 hours per day, while homeless people seeking the necessities of life are banned from sitting on 98% of the sidewalk and forced to “move along” every hour, not come back for 24 hours, and face daily harassment from hosts, security thugs, and armed “law enforcement”.

To view video, documents, and comments, go to

A proposal could mean tents and tiny houses go up in the 7500 block of Renton Avenue South, just off MLK, south of the Othello Light Rail station. 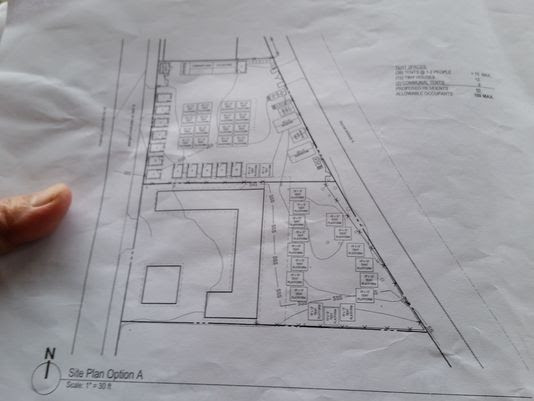 SEATTLE – South Seattle could soon be the site of another homeless encampment.

The Low Income Housing Institute is proposing putting a temporary tent encampment called Othello Village at 7544 MLK Jr. Way S.
In a letter to neighborhood residents, Executive Director Sharon Lee said the long-term plan is to develop a new home for a food bank and to build 100 affordable apartments on that property and the adjacent property, 7529 Renton Avenue S.

There’s a one-story apartment building and a commercial building on the MLK Way property. The Renton Avenue location is currently vacant.

“As with any new development, it takes two to three years to design, finance and construct a new building,” Lee wrote. “In the interim period, for one or two years, we are proposing to put in place a temporary tent encampment.”

Last year, Seattle Mayor Ed Murray and the city council approved a new ordinance that allows for three temporary tent encampments in the city on public or private land. There are already two — one in Ballard at 2826 NW Market Street and another in Interbay at 32334 17th Avenue W. 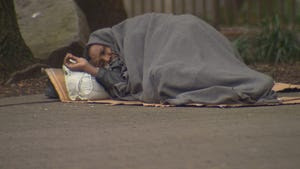 Lee said the city will help pay for operating costs including tents, a fence for the space, portable toilets, electricity, water, and trash removal.

“Day to day operations are the responsibility of the residents,” she said. “There are strict rules of conduct for residents including no alcohol, no drugs, and no violence.”

A maximum of 100 people will live there, Lee said.

The non-profit Low Income Housing Institute owns and operates more than 1,800 apartments in the region. LIHI will operate the encampment along with Nickelsville, which is also involved in the other camps across the city. 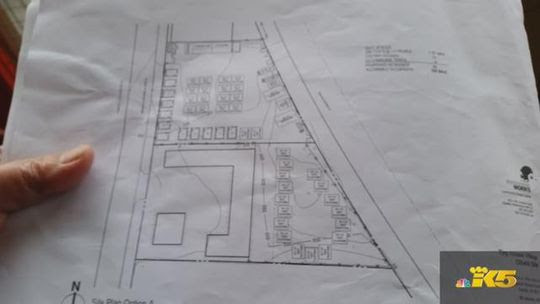 Seattle’s mayor makes a major move to create more room for the homeless. Monday afternoon he issued an executive order to create two new safe parking lots for people living in their car or recreational vehicle. 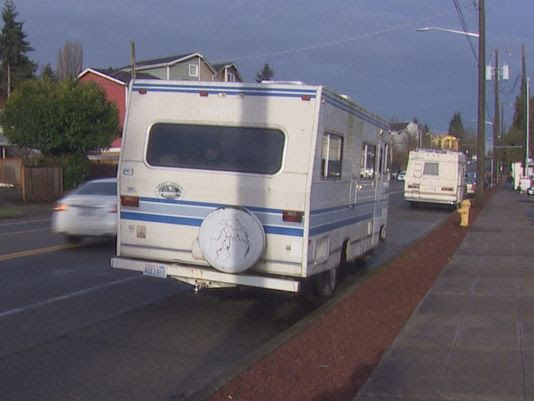 SEATTLE — Mayor Ed Murray issued an emergency order Tuesday to expedite the creation of two safe lots for homeless people who live in RVs or cars. The lots will be located at Ballard’s old Yankee Diner and in Delridge at West Marginal Way and Highland Park Way SW.
The two lots are expected to open in 30 days and will each have an estimate 50-vehicle capacity. Both sites will have sanitation and garbage service, and residents will be expected to follow a code of conduct that prohibits violence and the use of drugs.
Murray said that while the permanent locations are set up, three temporary street parking locations will be set up in Ballard, Interbay and SoDo.
Seattle Public Utilities owns the Ballard location at Shilshole Avenue NW and 24th Avenue NW. Seattle Department of Transportation is negotiating with the state DOT to buy the Delridge location.
Earlier Tuesday, councilmember Sally Bagshaw said talks were underway with land owners to host a possible site.
In a letter to community leaders in the Magnolia neighborhood, Bagshaw told residents meetings are underway with Mayor Ed Murray to determine how to address the RV issue which has prompted several complaints about trash and drug use.
“I still think they are going to keep coming in droves we’re not going to have a big enough park,” said Doug Kruger, owner of Kruger & Sons Marine Propeller in the Interbay neighborhood. Kruger says he’s had issues with theft, and heroin needles left in the street.
At a recent community meeting Seattle police estimated between 175-200 vehicles in the city have someone living inside.
This comes as the mayor declared a state of emergency to fight homelessness and the city is set to spend $50 million this year on the problem.
The mayor will send the emergency order to the city council for approval. 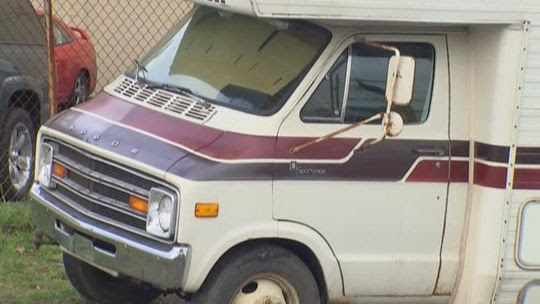 In an effort to get homeless living in RVs off the street, the city of Seattle is trying to find a place for them to park. 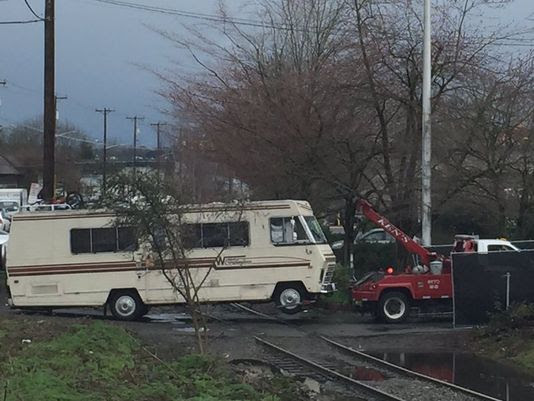 SEATTLE — A new safe parking lot opened in Ballard Friday for people living out of their RVs. The lot is located outside the former Yankee Diner.
The city paid to tow three RVs from a temporary lot a few blocks away and plans to move 20 to 25 vehicles over the next couple weeks.
“It was a blessing,” said Wanda Williams, who was the first homeless person to move into the parking lot with her Winnebago. “I cried. I have a home for once.”
The city provides 24/7 security, access to limited electricity, bathrooms, hand-washing stations and even a coffeemaker.
A detailed code of conduct was released Friday by the mayor’s office, outlining a long list of requirements and rules for homeless families living in the lot.
The rules include:

Residents must also work with a case worker who will monitor their status in the parking lot and help them secure housing outside of the site.
Related stories:
Mayor issues emergency order for RV ‘safe lots’
South Seattle could get third homeless encampment
Seattle’s homeless crisis: How did we get here
CONNECTTWEETLINKEDIN 3 COMMENTEMAIL