In a preview of protests scheduled for the next Council meeting and thereafter, “Push-Back” Pat Colby and fellow HUFF activists set up a table with coffee, brownies, petitions, orgami paper cranes and fliers on Pacific Avenue on Martin Luther King Day. This was the first in a series of demonstrations raising awareness of poor people being turned into criminals at night for sleeping, smoking, being in parks, sitting down near a building, recycling, playing a guitar for donation outside the bracketed performance pens on Pacific Ave, gathering in a group along the levee, etc. 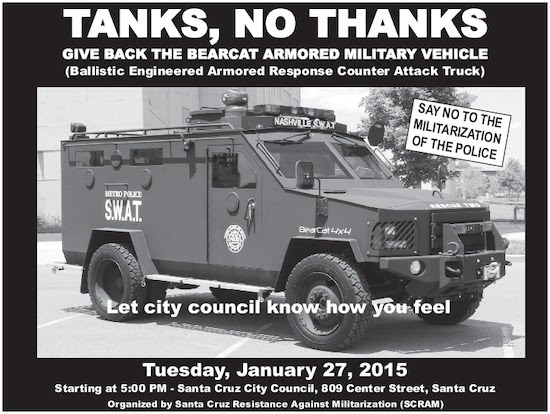 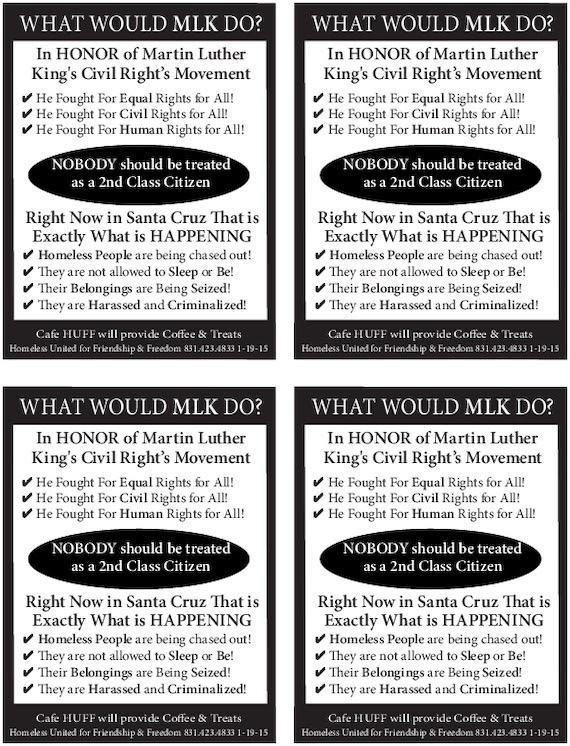 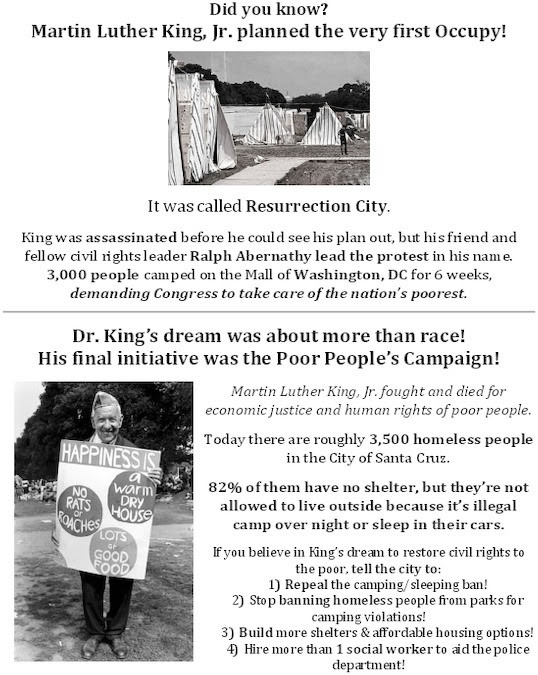 mlk_2015_flyer_2.pdf
download PDF (137.5 KB)
The obscene abuse of those without shelter outside continues in the dead of winter. Neither Lane nor Posner have anything on the agenda to address this for next Tuesday. Nor have they agreed to direct the staff to confirm the stats that Raven Davis presented, he declined to do that as well showing no public safety concerns of any substance in the parks and the focus of the attack being against homeless survival behavior.  Instead they intend to “wait until next September” to view alarming figures that are already available and have been carefully analyzed.