A third protest is planned for November 19th at the Town Clock at 1:30 PM.   We’re hoping to provide coffee and perhaps something to munch.  Also on the agenda–a speak-out, petition drive, and possible march to confront police stonewalling and politician indifference

SANTA CRUZ >> In a week that’s seen thousands of protesters descend on downtown Santa Cruz to protest the presidential election of Donald Trump, Thursday’s protest of the officer-involved shooting death of Sean Arlt seemed like an afterthought.

A handful of activists gathered at the corner of Laurel and Center streets and called for the release of information related to the Oct. 16 incident in which Arlt, a 32-year-old father who suffered from mental illness, was shot and killed by a Santa Cruz police officer after threatening four police officers with a 5-foot metal bow rake.

The demonstrators brandished signs that read “Ban Guns 4 Cops” and “Don’t shoot, I have an illness.” They also jogged into traffic to hand out fliers that read, “Enough Waiting! Turn Up the Heat! Who Killed Sean Arlt?”

“Why can’t the District Attorney’s Office release the name of the officer involved or the audio and video related to the shooting now? Why do they have to wait until the investigation is completed?” said organizer Robert Norse. “It gives the impression they’re concealing something.”

Santa Cruz Police Chief Kevin Vogel has explained that recorded evidence from the incident, in addition to the officer’s identification, will be released to the public by the District Attorney’s Office in less than three months.

Norse is the founder of Homeless United for Friendship and Freedom, or HUFF. His organization has added the officer-involved shooting of Arlt onto its long list of grievances against the Santa Cruz Police Department.

“HUFF has had longstanding concerns about the SCPD’s relationship with the homeless and the poor,” Norse said. “We see Sean’s death as just another example of local police abuse.”

John and Patricia Colby identify as emotionally disabled and live in their van with two cats. The siblings said they were demonstrating Thursday to pressure the Santa Cruz police for full disclosure in the Arlt case.

The pair also have complaints about the Santa Cruz County Adult Mental Health Services, which they said provides poor treatment to the emotionally disabled.

“County Mental Health is quick to medicate people to make them easy to manage,” said John Colby, 52. “People are not willing to go to see them at Emeline for this reason.”

“They don’t listen,” said Patricia Colby, 55. “That’s why I get my medication overseen by a treating physician — because I don’t trust the county.”

by AutumnSun    Friday Nov 11th, 2016 11:26 AM
A small group of people demonstrated yesterday at the corner of Center and Laurel that some call “Cop Corner” because of it’s location next to the Santa Cruz Police Department. 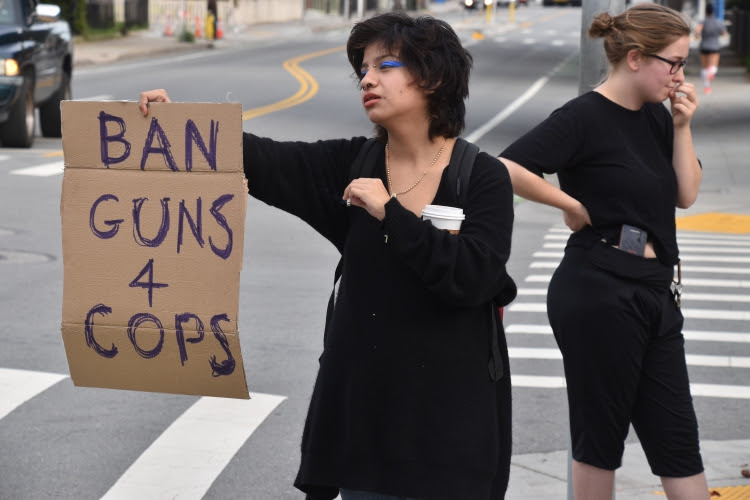 original image (6000×4000)
A small group of people demonstrated yesterday at the corner of Center and Laurel that some call “Cop Corner” because of it’s location next to the Santa Cruz Police Department.

Though Santa Cruz Police Chief Kevin Vogel has said his department is committed to transparency in the investigation, we still have not gotten the name of the officer that shot and killed Sean, the audio, and video of the killing! The chief now claims that he has to wait for District Attorney’s office to finish their investigation!

Sean Arlt , who suffered from mental illness was shot and killed last month on October 16th. 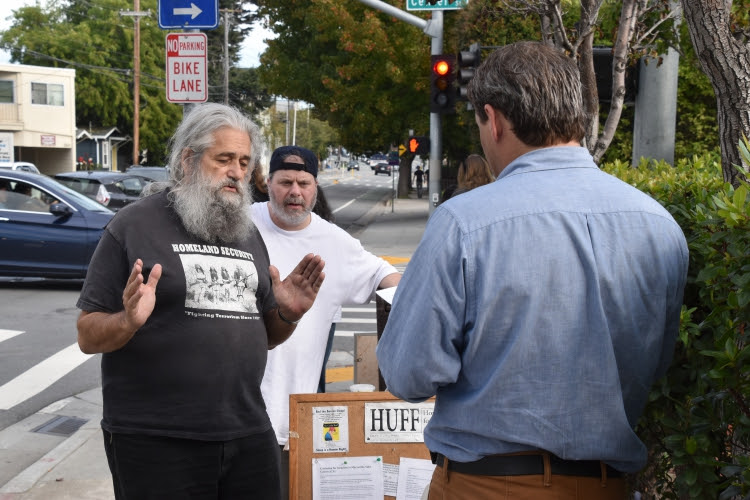