NOTES FROM NORSE:  The climate of darkening discrimination in Santa Cruz has not yet erupted into arson as against the most vulnerable (though several fires have been blamed on homeless people).

The new toxic climate that enables “trollbusting” has resulted in abusive police activity.

Incidents reported to me last night include reports of deputy theft and destruction of the blankets of a 50-year old woman and cops ignoring Santa Cruz Muni Code 6.36.055 which dictates that those on waiting lists for shelters are not susceptible to the Sleeping, Blanket, and Camping Ban laws.

Last week a homeless man reported he was given a 24-hour stay-away order from San Lorenzo Park for “sleepcrime” after his property had been twice stolen and thrown.  Now active apparently is  away the new “discomfort someone in the park with profane language, face a 6 months jail/$1000 fine sentence”.

Meanwhile the closing down of the  Page Smith Community House for three months renovation and the relocation of clients there into the spaces of the Paul Lee Loft, means there’s zero “emergency” shelter (though there’s been a waiting list for that for years as well).

In response to local discrimination, picketing against the liberal-in-label but bigoted-in-practice CruzioWorks is due to resume Friday 1 PM at their HQ at Cedar and Church streets.

THE FRESNO SITUATION (according to activist and writer Mike Rhodes)

There have been 2 major fires at homeless encampments in the last week. One was a confirmed arson and the fire department has not determined the cause of yesterday’s fire. The photos below show what remains. 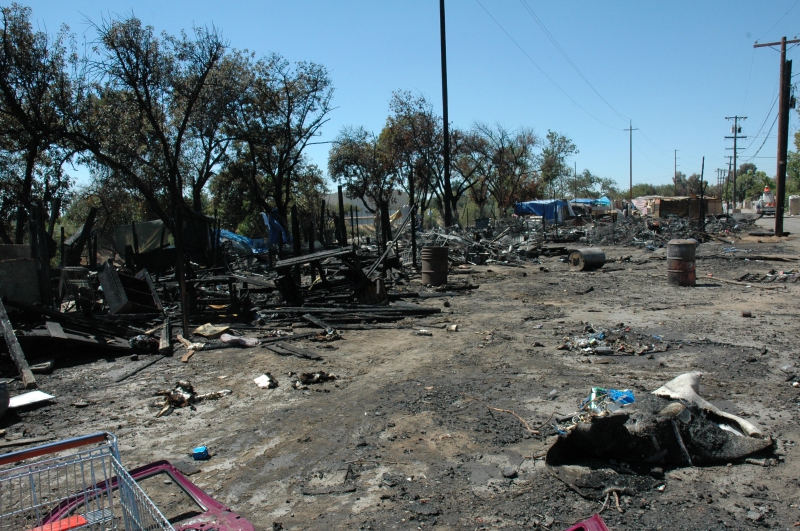 800_dsc_0014.jpg
original image ( 3008×2000)
When I was there this afternoon I did not see anybody from the City of Fresno, the Red Cross, or anywhere else trying to help the homeless who lost everything they owned. In fact, the City of Fresno has signs up saying they are going to bulldoze this (and other) homeless encampments in downtown Fresno starting later this month. The demolition notices do not explain how this city action will help the homeless or where they are supposed to go. All photos by Mike Rhodes
http://fresnoalliance.com/wordpress/?p=1313
§Monterey and E street 1
by Mike Rhodes Monday Aug 12th, 2013 11:39 PM 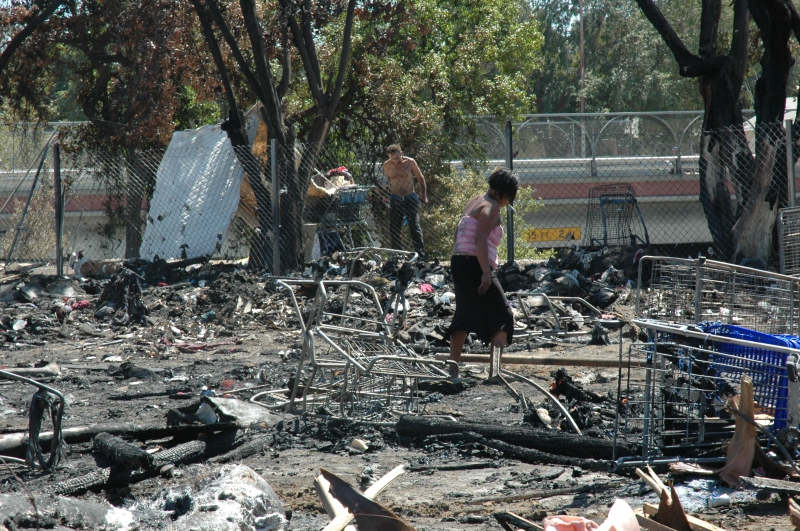 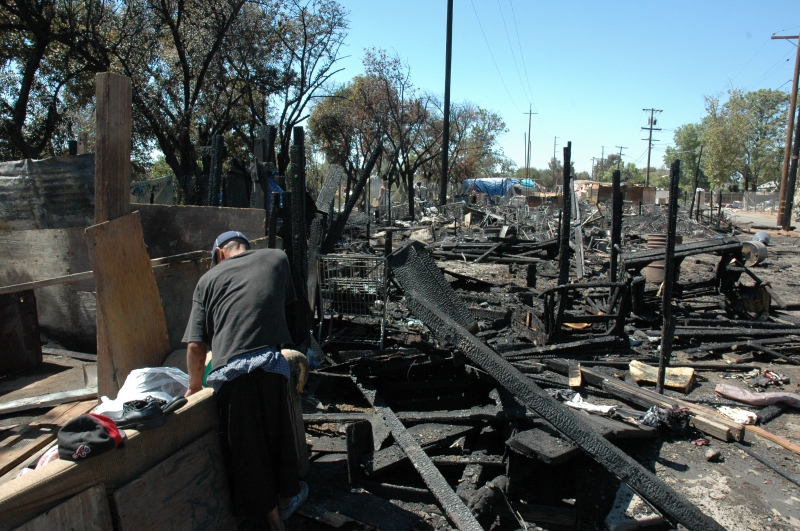 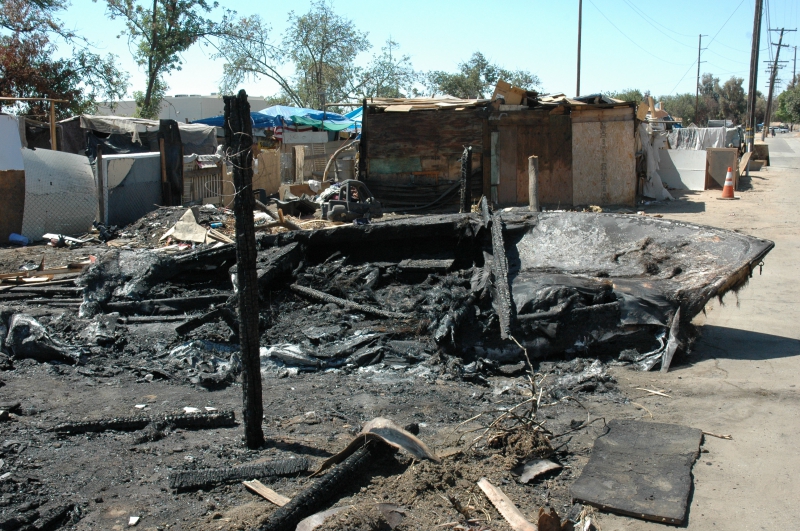 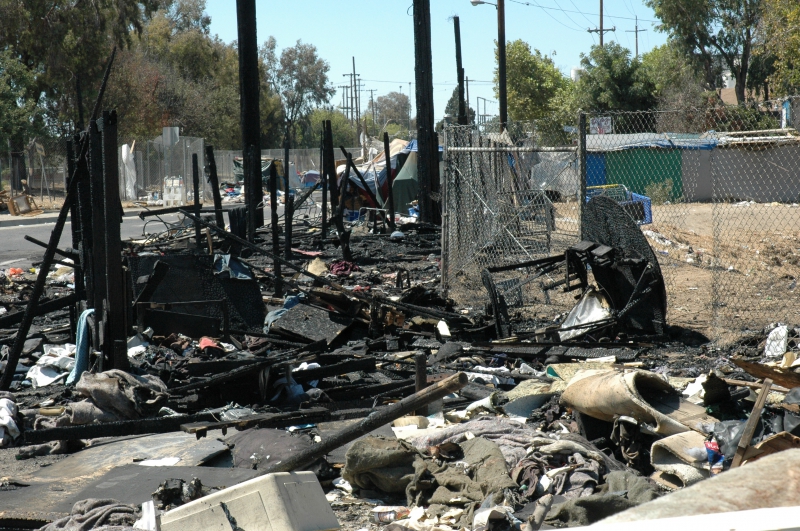 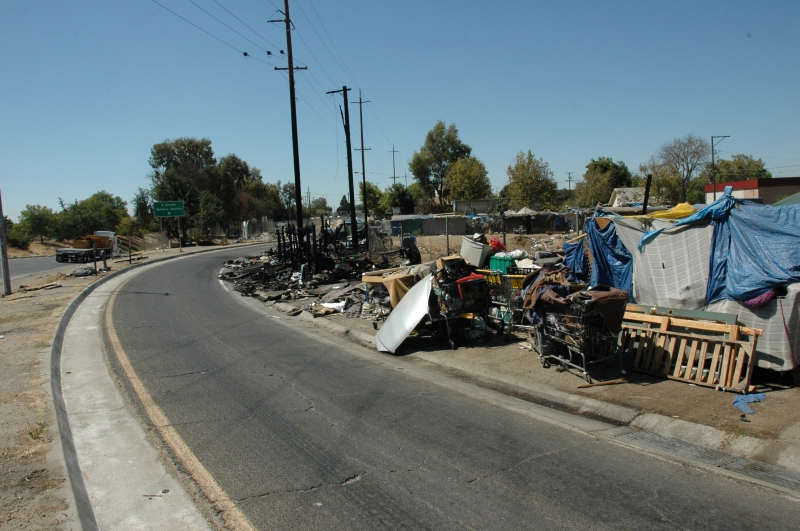 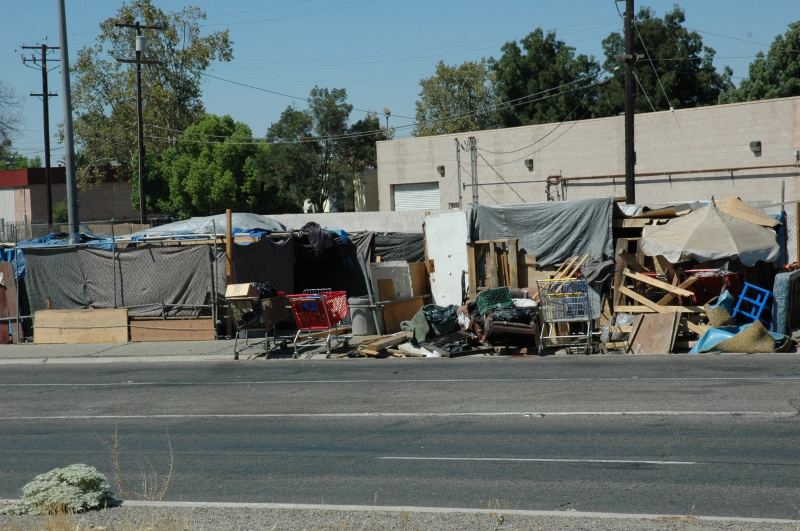 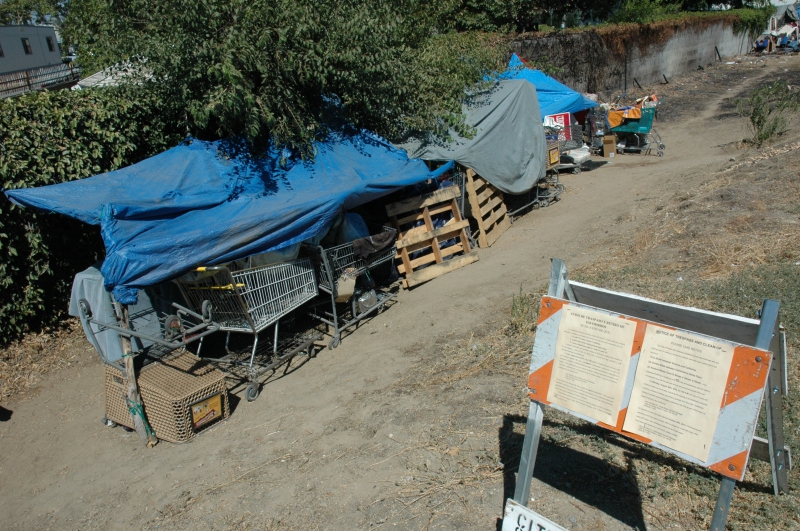 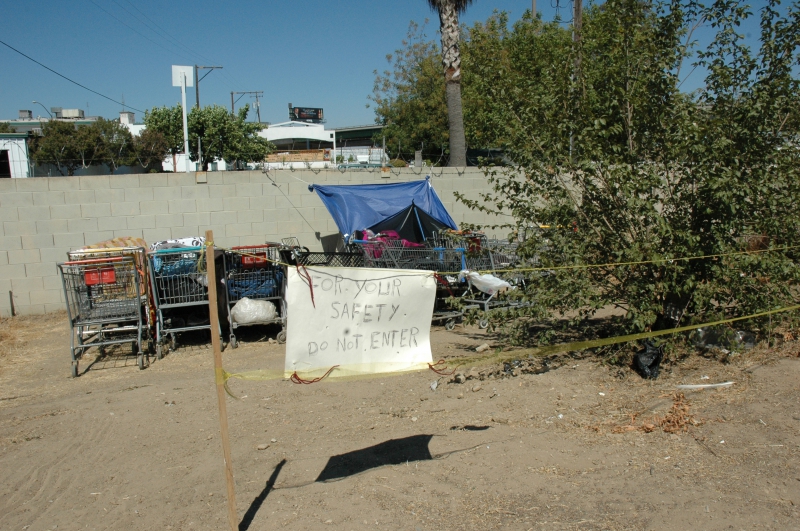 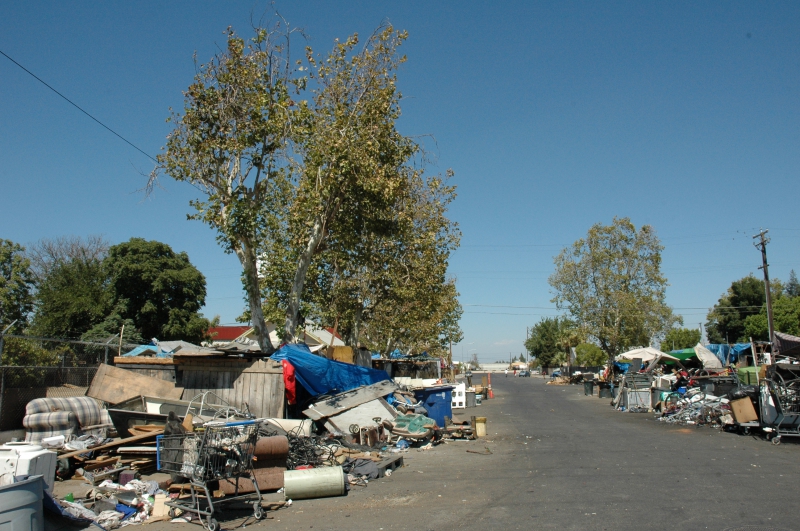